Joanna Gaines of 'Fixer Upper' Is on Her Own! Here's a Sneak Peek 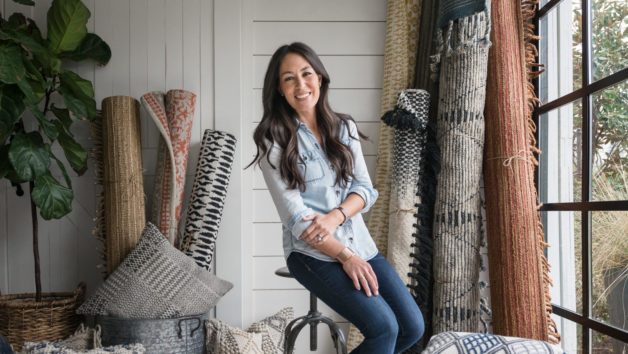 Tears were shed earlier this week over the Season 4 finale of “Fixer Upper”—how will we survive without our regular fix of Chip and Joanna Gaines? Well, it turns out we may not have to go into full-on home decor withdrawal, and here’s why: Joanna has her own spinoff, “Fixer Upper: Behind the Design.” God bless America!

While there’s no word yet on when this new show will air or how often, HGTV was kind enough to run the half-hour pilot episode this week to lift our spirits and give us hope in the wake of our “Fixer Upper” doldrums . This spinoff has Joanna front and center, but fear not: Chip butts in for comic relief with stunts like obsessing over bubble wrap and getting jealous when Joanna works with a design assistant (interloper alert!).

All couple drama aside, though, the show’s main M.O. is to look back at highlights in previous episodes of “Fixer Upper,” with some new insider perspective. In other words, rather than flashing before-and-after pics along with a few clips of Jo poring over blueprints and Chip hammering nails, “Behind the Design” answers the questions that many viewers are curious to know: How on Earth did they really pull that together?

In this pilot, the fixer-upper in question is the house featured in the Season 4 finale: a crumbling 100-year-old shack that must miraculously morph into a dream home for the actual producer of “Fixer Upper”: Michael and Jessie Matsumoto and their two kids. The pressure was off the charts on this one.

And now we have Joanna, bless her heart, to take us deep behind the scenes to see how she pulled it off.

Here are some of the ways she works her magic.

Secret No. 1: Combine both partners’ styles

“The first thing I do when I work with new clients is ask, ‘If you were to describe your personal style in one word, what would it be?'” Joanna explains. To this question the Matsumotos energetically respond simultaneously:

Joanna hardly bats an eyelash at the challenge of what she calls “marrying the two styles.” To do this, she gets black iron open shelving (industrial) to mount on the shiplap-covered walls (farmhouse). She also visits a bearded craftsman she called “Pops” to create a pipe and Edison bulb light fixture (industrial) to go over the dining table in the paneled, tin-ceilinged porch (farmhouse).

How does Joanna make bookshelves look so great? The more naive among us might imagine her sifting through a pile of the homeowners’ books and selecting the ones that will look best. But no, she has hundreds of her own books, stored in clear plastic totes and sorted by color. In this instance, her industrial design aesthetic calls for more black books than she has on hand, so she sends someone out to find more. Waco yard sales must absolutely love Chip and Joanna.

Secret No. 3: Don’t forget small design touches for the tots

Chip and Joanna do so many amazing things, there just isn’t time in an hour of “Fixer Upper” to feature them all. That’s where “Behind the Design” steps in—by revealing some of the smaller features we would have otherwise missed.

In this episode, they reveal how they’ve built a secret, pint-size door in the wall that separates the boy’s room closet from the girl’s room closet. The Matsumotos’ 2- and 3-year-olds can’t get enough of toddling back and forth through the door that’s just their size. How cute is that?

Secret No. 4: Don’t decorate all the rooms at once

Most of the homes Chip and Joanna renovate have a lot more rooms than meet the eye: We see only the main rooms they’ve worked on, but what about all those extra bedrooms? It turns out they do remodel everything; they just don’t go all out with staging each one. Which makes sense: If they did, they’d never sleep!

Joanna shows how the extra bedroom in the home is indeed finished and sparkling new—it’s filled with her junk, all the extra accessories and furniture she had delivered to the house but didn’t use.

“I always like to bring too much so I’ll have what I need,” she says.

Secret No. 5: Salvage everything. Really.

Although the shack looks hopeless in its original condition, Joanna proves that anything can be repurposed. Case in point: They strip this shack down to the studs, then use the weathered wood from the exterior on the new master bedroom ceiling. Then, they use the boards from the ceiling to create shiplap on the walls.

They even turn a rusty tin roof into a cool porch ceiling. Nothing goes to waste, and it’s a good lesson for us all.

All these fascinating behind-the-scenes tips leave us perched on the edge of our antique love seats in anticipation of when “Behind the Design” will officially start airing. Rest assured that once it does, we’ll be there, watching and learning. 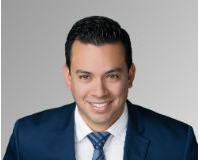